Way less creepy than it sounds, this seizure-tastic new video from gifted spitter PremRock is a well-executed slice of cinema. It also taught me that PremRock probably gets mistaken for Intuition fairly often when he's out on the West Coast. I am not civilized enough to crack a coherent joke about who he gets mistaken for in Europe.

This cut is off his new album, a tasty buffet called "A Clean, Well-Lighted Place," which is a literary reference I was too pagan to process until Passion of the Weiss pointed it out. (Thanks, guys.)

This album is definitely going to be a landmark for Es-K. He's linked up with the Duck Down Records fam for this lead single, the title track from his forthcoming Cold Busted release "Serenity." Several things I never knew about Es-K, but just found out from Dunn Deal PR:

1. Es-K was born in Holland. (The actual Holland, not the small town in Vermont.)

2. Es-K is an abbreviation for "Essential Knowledge."

Saying this "brings me back" is a pathetic understatement. This is a flat-out LSD flashback.

Fact: Non Phixion never blew up because they made a conscious decision not to. Look at the the trajectories of everyone involved after they splintered into solo careers -- they expanded on the blueprint but never strayed too far, either. This was the rare group where every style involved meshed perfectly.

So you blow up off that -- do you take it to Will Smith heights or party as hard as you can for as long as you can? I'm not casting aspersions or rendering judgement, just explaining my own intended approach toward anything even resembling "fame." In related news, DJ Premier made this beat. 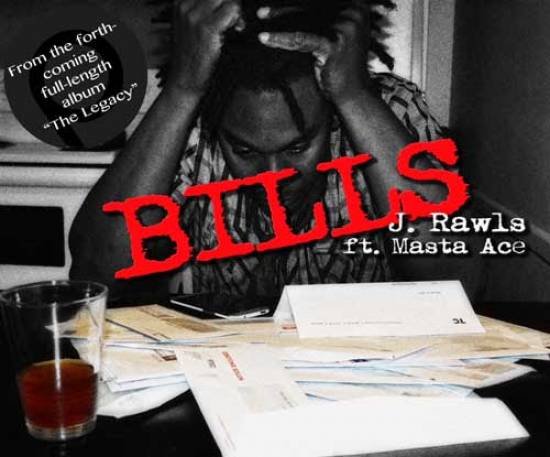 "J. Rawls" alone is enough to rivet my drug-addled attention, but throwing in "Masta Ace" is, well...that's just, like, excessive, man.

So apparently J. Rawls is making another album. I consider that a good thing for mammals everywhere. Strangely, this jam was produced by someone called "Bombeardo" rather than J Rawls himself -- this is a symbolic sacrifice in honor of the fact "The Legacy" will be The Final J. Rawls Album. A heavy vow. Still, with a whole generation of rappers approaching 40, these solemn exits are becoming pretty common. (And they're all about as believable as Jay-Z's retirement. Nobody ever quits rapping. Word to Supastition.)

J-Live: "Ace is one of the dopest lyricists I know. We both have the task of running labels and making sure the bills get paid. The song came together like clockwork."

As a young rapper, my first long-term "Big City" experience was Montreal, and the first blunts x rap appreciation session I had up in the frozen North was centered around "Essence of J. Rawls" -- especially the track "Cold Turkey." I can still quote that song to an embarrassing extent, which to say: Yea, The Whole Fucking Thing.

"Stuck in the Past" - Kool Keith 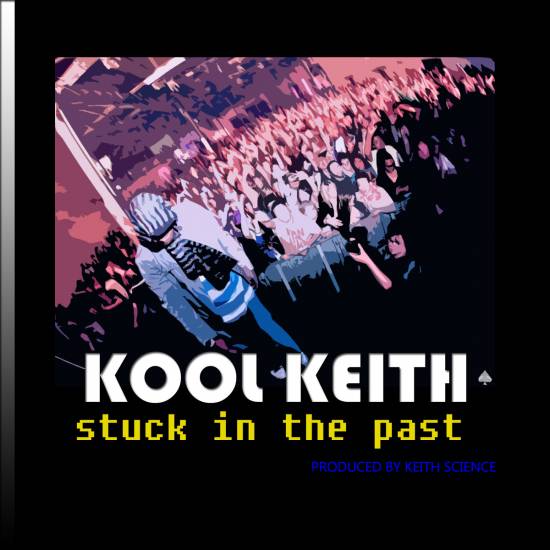 The Pitch: "The legendary Kool Keith and New Jersey hip-hop producer Keith Science team up to bring you some crazy ill shit!"

The Verdict: Truth in advertising.

New ranting from Kool Keith is good news for the humanoid species, but this was an especially fresh slice, right here. Kool Keith has always been the velour Godfather of the stupid simple, yet crazy catchy, repetitious rap hook. His God level ninja powers are in full effect here. This cut has a timeless feel, which is not intended as a backhanded compliment on the boom bap template. This is a perfect MPC banger, spacious and raw.

This was very weird and very entertaining. I'm definitely gonna check out rappers from Ireland, just out of sheer curiosity. The production is a constantly shifting, heavily percussive hot mess, and the raps stay interesting. And weird. No idea what is going on but I dig it. This was worth the test drive. 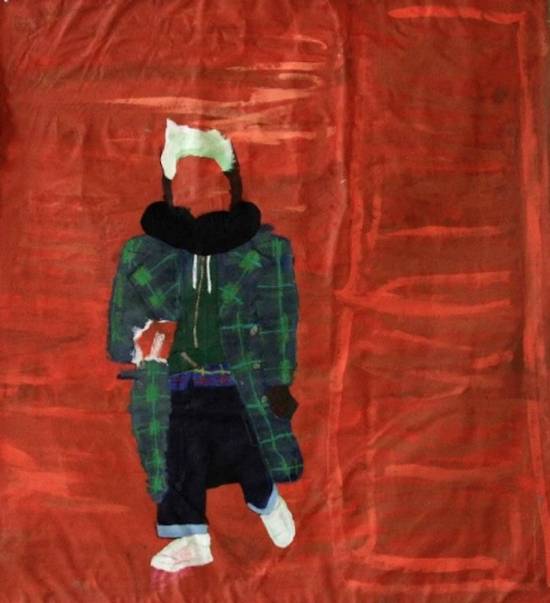 Like so many other crackers of my generation, I got introduced to Taarach through the classic track Juicin' Dranks off "Above the Heavens." Taarach stole the song and continues to shine on everything he touches. This latest EP is dirty and fun. 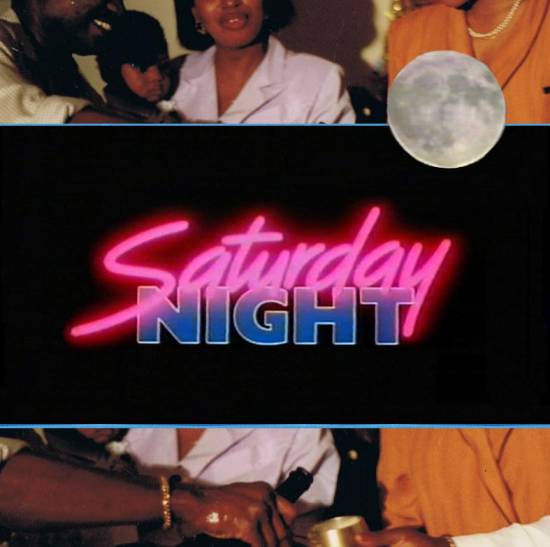 It's always a welcome break for us when someone submits music that does not suck. Tut-Piece is a young producer from an obscure backwater called "New York City," and this is an instrumental album. This cat has a conceptual vision and it mostly works: a radio broadcast from an alternate universe where the 80's never ended. It was a hella decent soundtrack for a bunch of cleaning and organizing work earlier today. Everything fits, everything works.

The composition here is straight beats, so it does become obvious at many points you're essentially listening to instrumentals that haven't been sold to rappers yet. The structures never deviate much from basic demo packaging, but fuck it; it knocks, too.

If the concept of wall-to-wall synth grooves and gratuitous saxophone samples doesn't turn you off, this is a fucking enjoyable ride. We also salute the no-nonsense album copy -- which is necessary, since rappers are dumb herd animals:

DJ SQUID: Are you punishing me for something? We're really gonna watch this?

Hump Jones: They just tried out every effect in iMovie in the first four seconds of the video. I think this is going to be awesome. I have high hopes because I was pretty impressed with the submission copy: "Hey everyone, Please check out my music video for the intro to my in-progress Mixtape when you have the chance."

DJ SQUID: There's something really wrong with you.

Hump Jones: I can't make fun of this beat because I would definitely rap on this. This is by someone called GettsBeats, which is an unfortunate name, but I dig what I hear. Also, this kid looks like he is fifteen years old and he says "fuckin" twice in the first two bars of the song.

DJ SQUID: This shit is pure anthropology. My soul hurts. Look at these slow-motion shots of white kids giving each other awkward daps. Also, the top of this kids head appears to be on the verge of explosion. Every shot. I'm just waiting for it to pop. I feel like every video you make me watch is basically a horror movie.

Hump Jones: That's just because you don't have email. This kid is funny, I'm rooting for him. He's got the attitude down. I feel like he might not be reading his rhymes while he's writing them, but his hubris alone might get him past 18 profitably if he keeps making videos once a month. I just hope he doesn't have any kids.

Hump Jones Fuck no. There are rappers who aren't even in middle school yet that cut a better verse than this mongoloid. He knows it, too, he looks bored in every shot. I feel like maybe we should turn this off now that we know he's underage.

DJ SQUID: It's crazy, right? This kid will never improve. There is no room for growth here, he's already doomed.

Hump Jones: We are horrible people.

DJ SQUID: He should just never take that hat off again and he'll be okay.

Email ThisBlogThis!Share to TwitterShare to FacebookShare to Pinterest
Labels: THE INBOXXX

NOTE: You probably don't want to actually see/hear this video.

DJ SQUID: Well, this is all rather rapey.

Hump Jones: Everything about this is disturbing. The second the acoustic guitar comes in, everything about this screams "Full Sail graduate" for all the wrong reasons. This is a flawless radio single, perfectly pitched sponsored content, an anthemic ode to catching STD's from drunk, confused young women who should almost definitely be taking a cab home.

DJ SQUID: Yeah, but nobody wants to hear that shit. This is a club hit for ladies. That beat is straight disco posing as Top 40 EDM. I could see it being a big hit, sadly.

Hump Jones: When this started, I had to pause it, get up from the kitchen table, and close all the windows in this apartment. Because I can't make eye contact with my neighbors if they think I'm rocking out to this shit on a Saturday afternoon. The only word I have for this TJ Hickey experience remains "disturbing." These girls are all clearly underage. Where is all this liquor coming from? Where are the parents these days, daug? Fuck.

DJ SQUID: This whole spectacle is astoundingly white, though. Honky Central. I feel bad for these girls who agreed to partake in this ego trip. I'm blaming this on Boston. Boston, you did this.

Hump Jones: I'm enjoying this video once the breakout star arrives: this dude's fucking haircut is straight out of David Lynch's classic sci-fi masterpiece, Dune. It dominates every frame and completely steals the show with a daring, understated performance.

DJ SQUID: Yes, I strongly believe that Lynch reference was intentional. I can't lie, either, I am definitely thinking about shooting a music video where we wear cool sunglasses and stand in profile against a piercing blue sky. That kinda shit always looks good. As long as I'm not lying, I should mention I turned the sound off on this video about 20 seconds into it.

Hump Jones: Maybe it's the drugs, but I'm starting to wonder if they're not winking at us, and maybe this whole thing is a highly conceptual horror film. This is an ode to David Lynch from the Bret Easton Ellis spawn of post-structural feminist critical theory. What they're depicting here is so vapid and terrifying, the irony must be intentional. Or this just sucks.

Email ThisBlogThis!Share to TwitterShare to FacebookShare to Pinterest
Labels: Boston, THE INBOXXX, Video

Speaking of f'ing awesome, this latest Zilla Rocca video is a sharp contrast to the trippy surrealism of Fake Surfers. Ambitious, meticulous, and fully realized. This is one hell of a music video. 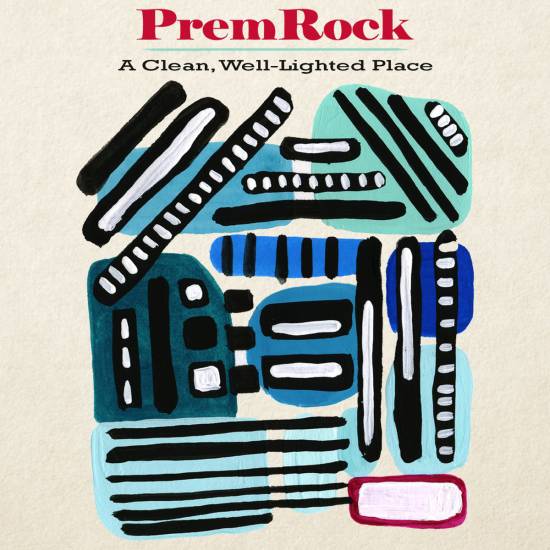 This right here is certified goods. PremRock returns with a dang album of diverse & cohesive rappage. In particular, we would like to call your attention to "Criminal Childish," which features Philly phenom Curly Castro over a Blockhead jazzbanger. This is All Good Shit. 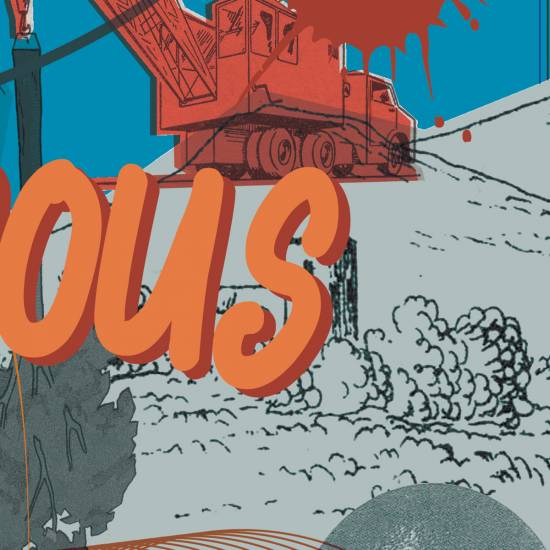 This is a pretty huge slice of MPC artistry right here. Everything thumps and this is an album with huge horizons; there's clearly some fertile soil chemistry going on between the two producer-scientists.

This minor masterpiece got hashed out in late night sessions at NEKtones Studio in Burlington, VT with the NEK legend Walter Westinghouse presiding.

FDR - "Fear of Death and the Need for Reproduction" 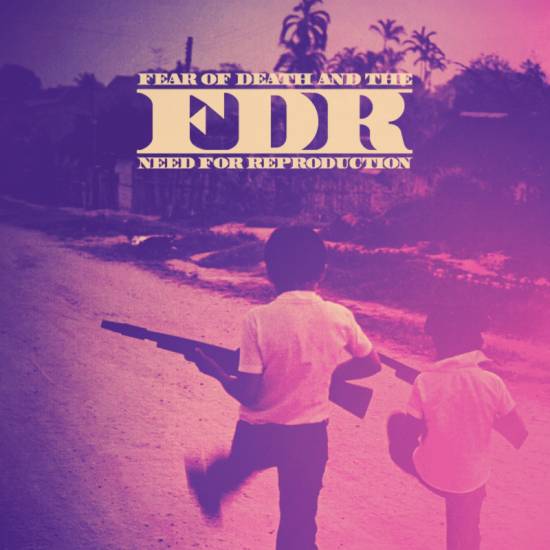 I like working with Godforbid because he is really good at rap and creates terrifyingly fast. It is good to be inspired, it is better to be intimidated. From Alaskan Fishermen cuts to Hump Jones singles to American Style Cardboard, we've covered a lot of ground. This EP is the opening salvo of something bigger and weirder. 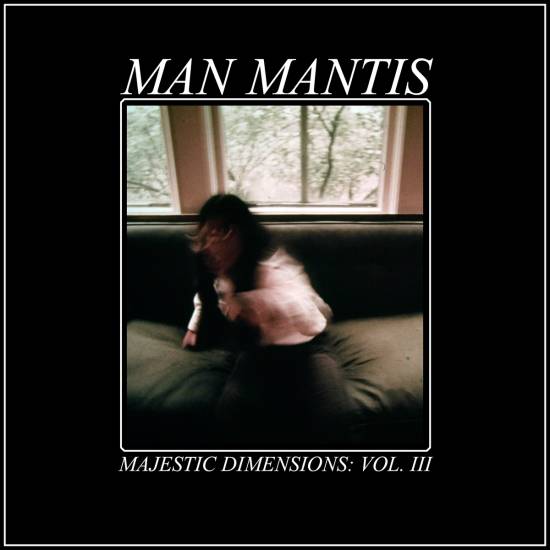 Man Mantis never stops moving. From soundtracking art exhibits to crowd-sourcing noises for beautiful experiments to force-feeding rap music LSD with Nocando, his emerging aesthetic in the past few years is distinctly dissimilar. After perfecting a recipe on Cities Without Houses, the man opted to burn it all down and walk away, which is admirable in any line of work.

This is one of the few rap albums I still bump, end to end. Motion Man needs to keep on making records, for the good of the species. 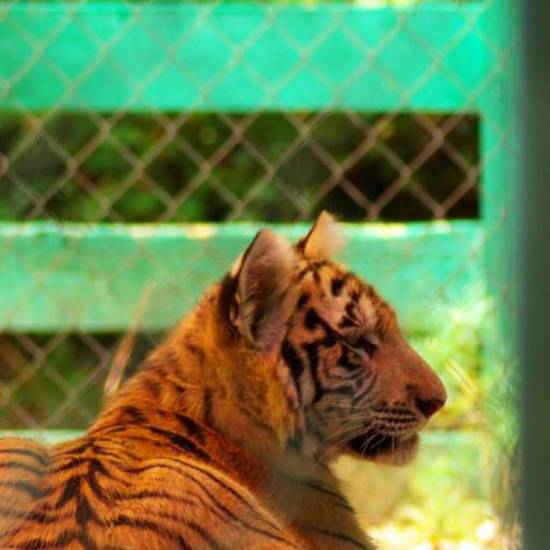 Does the world need another a-capella, spoken-word, free-verse rap-thing? Almost definitely not. That didn't prevent me from making one, however. This is dedicated to the 217.