A track that should have been released ages ago finally sees the light of day: "Open Ended," the first track off a long lost Algorhythms album. Dr. Quandary on the beats.
Posted by #DAUG at 9:03 AM No comments:

One of the smartest, sharpest parody cuts in a long time. The Black Opera always delivers the goods and this weird-ass video is no exception...dig it.
Posted by #DAUG at 6:47 AM No comments:

Ras Kass, still going strong in 2012, working on a new album, shit is crazy. Meanwhile, dig on this slice of funk courtesy of Shottie and TeV95 off their new album, Delorean.
Posted by #DAUG at 6:39 AM No comments:

Giving props to Ganesh is always a surefire method to get coverage here. As an added bonus, Spliff Hemingway explained what "Wavey" means and dropped a solid verse. For some strange reason the kick is at least +6db louder than anything else in the song -- or, for that matter, anything else at all -- but combined with his deceptively low-key, intricate flows, it really works.

Lord knows there's enough weed rap out there already, but S. Hemingway sounds like a cat with more to say. I'll be keeping an eye out.
Posted by #DAUG at 12:01 PM No comments:

Psyched for this next Naturetone album. This lead single was a standout cut, balancing clean & futuresexy production with a solid old school conceptual verse. Exactly the kind of psychedelic hip hop that R3al Y3ti Rap can get behind. The fact it's on World Around helps, too.

I still bump Naturetone's last album, Nihon, on a regular basis. For reasons I cannot fathom, it's a free release, so you know...check that out.

Surprisingly awesome, considering it's just a single-cam shot of Mos in a Paris radio station with the fruitiest red mic in the known Universe. He's still one of the best spitting. Great performance #daug ...looking forward to Black Star 2012.

Related: What's in a Name? On Mos Def and Yasiin Bey
Posted by #DAUG at 1:44 PM No comments:

F. Stokes can do no wrong. Songwriting, performance, video game...all inspirationally flawless. This cat is gonna have a great 2012. He's also got this new EP out, Love, Always, which is highly recommended by the entire crew here at Real Yeti Rap. It's all this good -- "My Simple" ain't even the best cut on the EP.

Purchase on iTunes
Posted by #DAUG at 11:58 AM No comments: 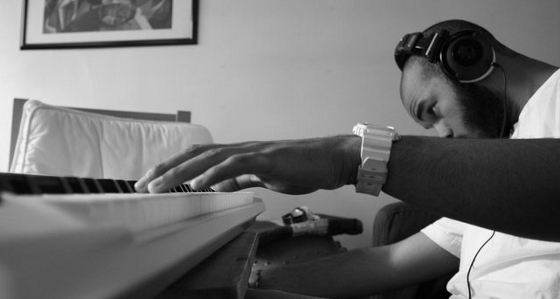 Beautiful slice of art. This Chicago producer is one of the most impressive this bitter cynic has heard in quite awhile. His consistency and range indicate a musical mind with a bright future, but more importantly, holy fuck this knocks. Turn it up.
Posted by #DAUG at 9:26 PM No comments: 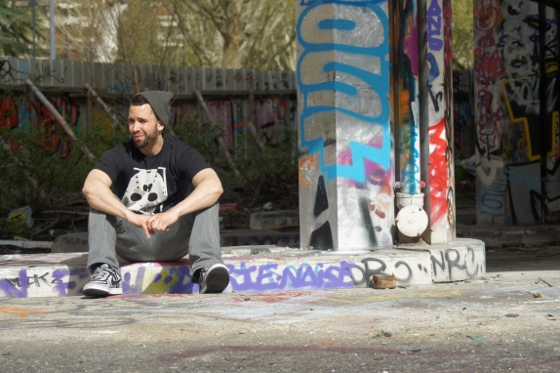 Recently, the fine duo (whom I’d just discovered myself) Hump Jones & Dr. Quandary approached me for my take on 5 artists that need to be brought more shine upon. Humbled, I immediately started scanning the recent memory banks for some standouts and it didn’t take too long to settle on five MCs who tend to make me press rewind on my iPod or make me study their live show. The only common thread these cats have is I have had the pleasure of meeting with or have collaborated with all 5... Which certainly wasn’t criterion for my picks but certainly didn’t hurt anyone’s case as they all possess decent human qualities on top of being incredible artists. I won’t pick an order here, just want you to check these cats.... Not now... but right fucking NOW! 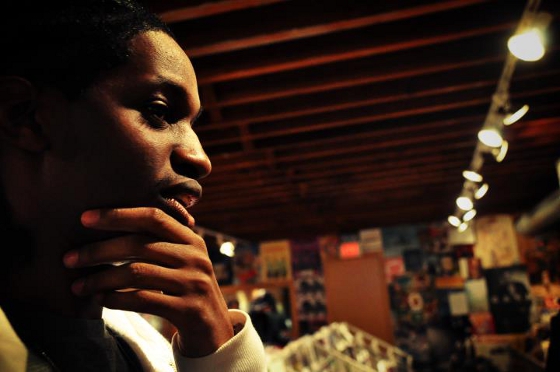 One of the more technically gifted writers I’ve come across in the last few years indy or mainstream, Has is also blessed with one of the better rap voices in this here genre. I was explaining the appeal of Has to a friend, and I think I said something like “he wastes zero words.” Which is pretty true, there isn’t any filler with Has. Every syllable is important. He released the fantastic “In Case I Don't Make it” last year as well as an equally tough remix “Conversation B.” Oh, Has is also damn good live and this is a pretty solid combo moving forward. My gut, though comprised mostly of beer, possesses tremendous instincts, and those instincts tell me Has is going far. A large QUALITY catalog and seemingly co-signed by all the right folks, I think he’s going to make me look pretty smart in the near future. So, in short, “you need to come inside and check Lo” Has-Lo that is. 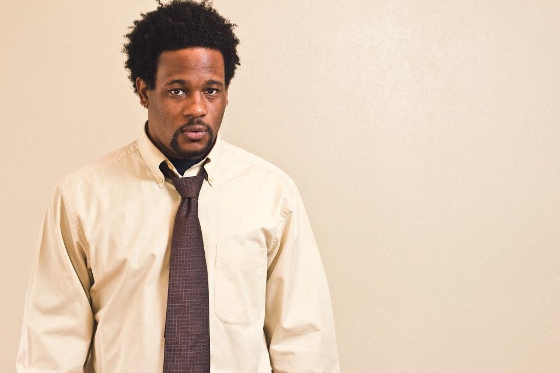 Mike dropped my favorite record of 2011 (Rappers Will Die of Natural Causes), continued a consistent stream of quality work and guest appearances and impressed me with his live set. Unless he dropped a Kesha remix with Travis Barker on drums he was a Blake Griffin over Kendrick Perkins slam dunk to make this list. Mike’s style combines the most desirable elements of the Project Blowed camp with his own melodic musings and the combination results in exactly the shit I want to hear at this stage in my life. I don’t know if mainstream success is in Mike’s future but it shouldn’t matter. I can see Mike becoming one of the forefront of the indy scene type artists that becomes everybody’s favorite MC’s favorite, which in turn translates into longevity. To me, that’s worth way more. Hop on the bandwagon early and get familiar. 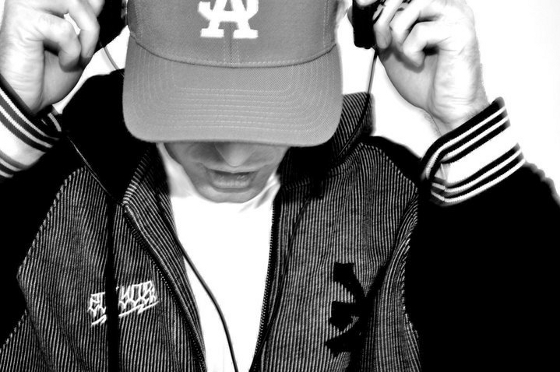 Now if you live in New York and pay close attention to the indy hip-hop scene you’ll probably know myself and JA are pretty close associates. I wanted to remain objective as possible during this write-up but there is a reason I keep people around me and that’s usually due to their level of skill and dedication which in turn makes me a better artist. So in short... JA is that dope.
You’re going to get a pro when you work with JA and you’re going to get a pro when you pay to see him perform. Tongue-twisting wordplay often with an absurdist touch can illustrate his skill but it doesn’t define him entirely. He can make songs about just about anything. I have the privilege of hearing an advance of his next release and it’s a courageous endeavor which not at all coincidentally sounds like his best work to date. So I guess I’m cheating a little bit with my crystal ball but I have a gut feeling he’ll be on quite a few people’s radars after this year. Why don’t you get a jump on everyone and check him NOW! 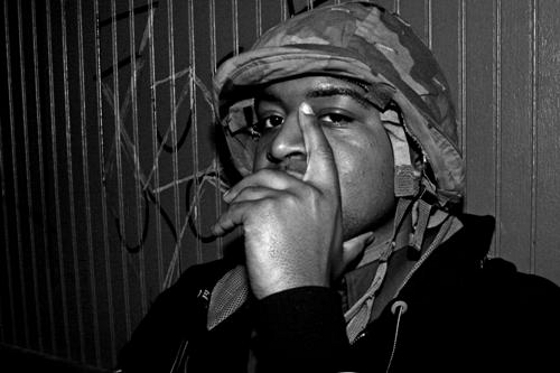 One of the more cerebral MC’s I’ve come across in the past year, Elucid’s demeanor on the mic is fierce enough to make any “swag” rapper question their life’s goals. The Brooklyn native’s uniquely gruff cadence usually fits perfectly to the backdrops he chooses, which as of late have been provided by A.M. Breakups. They have teamed up to form the duo “Cult Favorite” and seem bent on world destruction... or at least a full-length release this year on Breakup’s Reservoir Sound imprint. Elucid is not for the hip-hop listener novice, he will certainly turn your head and make you reach for that rewind button. The more I’ve heard of his work both past and present, the more intrigued I’ve become. And most of the artists that I respect seem to share a common fondness of his skill set, which is something I value highly. Pay attention to your favorite artist’s favorite artists. It sounds elementary but you need to do this. It will shed light on some corners you otherwise overlooked. Start with “the Sub Bass Diet” and keep moving from there. 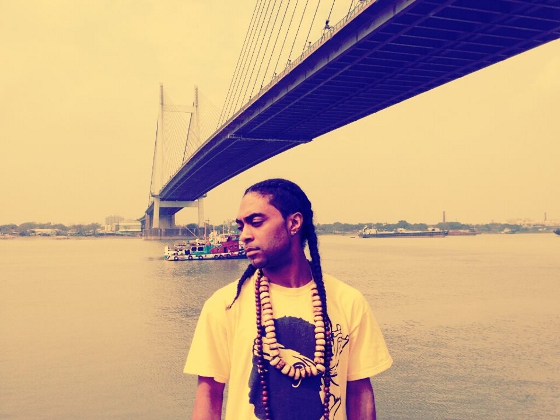 The chief, the shaman, the BK spit bandit who’s hi-jacked countless NYC showcases I’ve witnessed firsthand, otherwise known as Cavalier. Cav is an intense yet peaceful individual. Cav keeps his presence relatively sporadic, making overseas pilgrimages on the regular only to return and pick up where he left off. Cav hit the ground running with a phenomenal disc called “The Breaking.” This is a great album and pretty concise snapshot of the individual himself. Cav has a Nas-like quality to his narratives and kind of weaves in and out of rhyme schemes leaving the listener with a pretty damn lucid experience. I know for a fact Cav is sitting on a trunk load of material and will scatter it out like Buckshot throughout the near future. I suggest you tackle his first offering and get ready for the knowledge the chiefly one is about to put on full display.

So, there you have it. All the ammo you need to get a jump on these artists I believe need more shine and right now. Download the freebies, purchase the ones for sale, put your friends on and let the knowledge soak in. Until next time...

Video is gorgeously done. Props to Jeff Eckert on that. I wasn't feeling the rapper at first, despite the rep that The Brothers Grim have, but I can at least respect the perspective...I was digging the slice of life by the 2nd verse. Also: helps that the video is motherfucking awesome.

I still say he could have deleted half of the bars on here and written something tighter, though. I can sympathize: the content cycle is a bitch, and even co-ordinating a single project independently is a nightmare. Still, I feel like this cat has the intellect and capacity to do better. Looking forward to future output from Edmonton, CA.
Posted by #DAUG at 3:12 PM No comments: