Allow me to remove the mask for a second and say this: I talk a lot of shit and none of it matters.

If any of you artists​ that we feature on RYR happen upon one of these articles in which I discuss you negatively​, remember that. These are just my thoughts at a particular place and time; and from a psychological standpoint one might remark that everything one says corresponds to a state of affairs inside their own head; that everything negative I have to say about somebody's art is rooted in my own self-hatred and inner-turmoil.

If you really want to do what you're trying to do, let me be perfectly clear; the articles and dispatches behind this curtain are all sizzling static distractions​ from your path, floating filigree that will be swallowed in the void. Into the trash it all goes, they say. Do take honest advice, yes, but please do not let anything said here maim you. It is my sincere hope that the the ratio remains one hundred to one of those humored and entertained to those hurt and affected. Talking shit​ is what we do and just because we're good at it, doesn't mean that it means anything.

Email ThisBlogThis!Share to TwitterShare to FacebookShare to Pinterest
Labels: Dispatches

Locksmith is a wicked talented motherfucker. This means he's also one of those rappers whose career is living proof This Rap Shit Ain't a Talent Show. This cat did everything possible to blow up and he's stuck on the same awkward plateau as anyone else in 2017, watching the Interscope Machine strip-mine our entire damn generation. A whole lot of talent competing for the same fanbase these days.

"Blowing Up" is perhaps not even an attainable goal at this point. The era of Rap Stars was mostly an artifact of high school kids with lots of disposable income and very little internet access. That shit is gone for good. So Locksmith grinds, banging out the same death march of radio appearances, podcasts, features, and social media nothings. This is his fourth video now off his latest album. Winning the war for attention spans forces you to balance quality control with the sheer quantity the Spectacle demands.

J Million's work as a director is very Content Producer on LinkedIn. This ain't cinema & it doesn't have to be: this is getting shared on Facebook, not aired on MTV. Everything looks good until Mr. Million starts really turning the lights on, then the framing & design gets kinda "Full Sail graduate," you feel me? You do.

But so what? Locksmith is the whole show, all the cuts are just there to keep the iTards engaged enough to watch. The visual language of a hip hop video has improved a lot since the 90's, but they're also more constrained than ever. Somewhere between Gnarls Barkley going global and Future dropping Dirty Sprite 2, ink suspension effects have become as mandatory as slow-motion smoke shots or, you know, women on camera.

Or, you know, hooks. Rappers do hooks because we think we have to. "Sanity" is a perfect example. Thirty seconds of dude chanting "I Got This Feeling" is beautiful cynicism, a stripped-down joke about the state of arena-rap like G-Eazy or Drake. The fact it is absolutely not intended that way only makes it funnier. Hits evoke feelings, usually some consumer striver aspiration-rap, which is cheap, sad horseshit. "Sanity" is something different.

Specifically, it's a mixed-race emcee busting bars about the burden of being half-black, half-Iranian. Not a lot of product placement opportunities here, but then again, Pepsi is getting edgy in 2017 and Social Justice is in. As long as he doesn't go full Lowkey and start making actual diss tracks to Israel, he's got a bright future.

The second verse re-frames the hood jeremiad as a movie about the conflicts of being a black cop and it's classic Locksmith - technically dazzling performance, emotionally charged writing. That whole Grind Time movement set high standards but it also homogenized a semi-international scene. There's always been a huge diversity of styles, but ultimately the audience doesn't change much: a room full of young men who need pop culture references and careful hand gestures to walk them through punchlines & flow patterns. Fuckwits, in other words.

So there's a lot of technically dazzling indie rappers at war for your beautiful eyeballs. Locksmith is unimpeachably real, but that same authenticity limits his horizons. Defending the culture, keeping lyricism alive, honoring your elders: all that shit only sounds good on paper. Hip hop is a death cult with breakdancers. Purists are janitors in a mausoleum.

This video was pretty aight.

After you abandon a gmail inbox long enough, you feel like an archaeologist. Specifically, an alien archaeologist. How did this ever happen? Who the fuck are these people? It’s not much of an enigma, though: we’re all here to die trying to get famous.

Enter Agallah Don Bishop. He’s big shit. Like most folks who started too soon and wanted too much, he’s changed names a cool dozen times now. His latest incarnation is a lifestyle-branded collaboration with Duke Westlake. Like so many attempts at a second act in American Life, nobody seems to care much.

What a rapping-ass rapping motherfucker does at this point is pretty interesting. You’re stuck down here with the locals acts & has-beens & nobody-faces now, a classic Joseph Campbell Underworld Initiation.

Turns out, Old Boy has lost none of his venom or energy. He comes in chopping right from the jump, but the more you listen, the more you can hear the seams in the stitchwork...there’s just nothing new here. This isn’t a problem, either. 90’s revival aesthetics are hot as balls right now.

The bars keep coming hard and fast and professional, but it’s paint-by-numbers, more remix than resurrection. You could find a couple dozen Agallah verses from the Bush era that sound the same -- and flex the same flow patterns, too. Few of us grow much past 25 years old.

Strangely, there are features.

First up is Spliff Hemingway, who delivers an authentic dose of that East Coast shit. Since kids are pretty simple these days, dude drives the point home by rapping in a damn blizzard. He’s an earnest disciple and a competent student. Hell, a competitive student - at least on this track, he wants it more.

That shit fits nicely, but this Lil Eto shit is fucking weird, period. Sounds like when local autists rush the stage for open mic and make life awkward for everyone. It’s just as much fun to sit through on Youtube. This cat should find some EDM gothcore producers and drop his epic debut LP instead of clogging up perfectly good rap tracks with bullshit like this.

All in all, solid product but I don’t feel fed. “Authenticity” has become an increasingly low standard. At this point, it doesn’t mean a fucking thing. The 90’s sucked. The 90’s deserved to die. Agallah, on the other hand, is probably good for another decade of head-nodding rappity-rap like this.

Dear whichever of you is speaking first:

Damn, you do got it good. The second I saw that sexy tatted lady paying attention to you, I was instantly jealous. I may have forgot she was a paid (hopefully) actress for a moment, but none the less, I had high hopes for your video; the bass line is super funky, the drums snap and could be a lot worse.

Then, of course, you opened your lie-hole; the usual catalytic event that makes me fly to the edge of my desktop monitor to close out the screen.

We know you’re aggravated but if the loud doesn't mellow you out, and you're already in an unfavorable situation, why further escalate it by smoking? Am I misinterpreting the chronological order of events? The banging lady with the tats appears aggravated too! But I bet I know, judging from your lyrics, why she hates you so much: you’re too fucking stupid to do or say anything interesting or funny, and getting high probably makes you even dumber. On a positive note, I do like how your flow switches, how you pitter-patter around an original style; but your ornate and, at times, inventive delivery gives us absolutely nothing but a brain dead, popcorn verse about weed and silly, ungrateful hoes to whom you reluctantly give your hard won stacks.

Really though, you should be so lucky to have someone's so smoking hot bullshit to put up with, because if you spit that verse to me I'd pretend like I didn't hear it and then leave the area as soon as possible like I do with kids performing impromptu rap shows at bus stops and train stations. Oh, and is that the money you've acquired pursuant to a drug hustle? Sure it is. Such an integral and interesting aspect of your character should undoubtedly be promoted on the internet where local and federal officials have ready access to evidence showing other forms of your income. I’d say nobody cares because it's all play pretend rap fantasy, but some cops are really fucking stupid and they actually might! But over here at RYR or even the people in the video though? Nah; not even that model … and she's getting paid to act!

In regards to the second guy who raps:

I accidentally sat through one of his sets a month ago because he opened for someone I was there to see. His verses seemed inspired by the Greek god of sleep himself, Hypnos, dropping forgettable, incessant allusions to, surprise, weed and something else I think, maybe, but really, I can't be sure. I've listened to his verse four or five times now and I've earnestly tried to pay attention but keep getting distracted by anything and everything else available to my conscious attention. I would yawn after snorting a bump​ of Walter White's perfect crystal meth formula if Demrick came on right afterwards. If you said I had the choice between getting my urethra swabbed for STDs or sitting through another Kendrick set, I'd have to think about it and can’t at this moment say exactly what choice I would make.

If I didn't know how the game went, I might actually be upset that this video has a few hundred thousand views. But I've seen The Way and know that there is nothing for me there in that fight.

Sometimes it may seem like I hate rap. This, of course, is not true. I've seen the true potential of it exacted from the toil of tireless chaps who have intelligence, heart and vision; and each piece I write I hope is more or less steeped in the underlying eternal truth that the doors to Valhalla are wide open to all, and any may enter at any time. 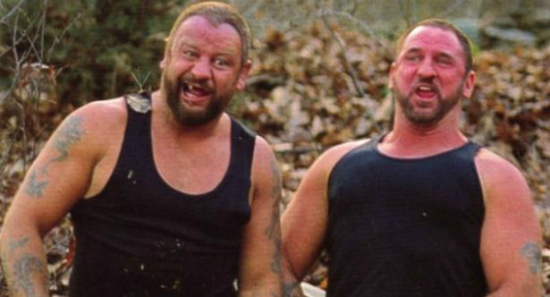 Well, this is happening. Again.

We aim to be the most egalitarian slaughterhouse online. The email is still YoHumpJones@gmail.com. We're still not here to make friends.

I recently cleared that inbox out - a good three thousand email messages, all in all, and mostly deleted without a glance. This is a fresh start, a forest fire, so take advantage of your good fortune. By making bad decisions. Like submitting your shitty music to us.